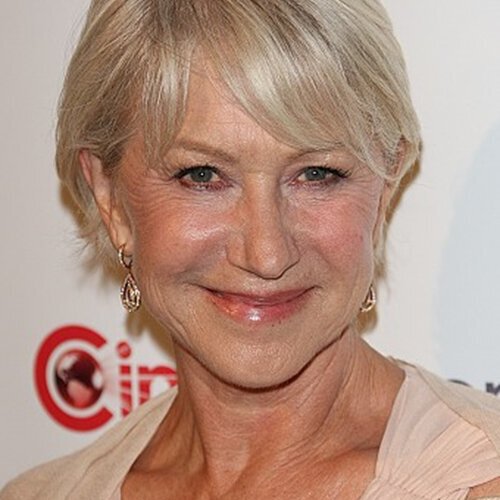 Helen Mirren opens up about the possibility of plastic surgery

Even at nearly 70-years-old, Academy Award winner Helen Mirren is widely considered one of the most beautiful women in the world. In addition to her monumental talent on screen, the actress has always been recognized for her physical appearance and challenging the notion that women over a certain age in Hollywood are no longer desirable or employable. So would the actress ever consider having plastic surgery as she moves into a more advanced age? She isn't ruling it out quite yet.

When asked by Woman's Own, a British lifestyle magazine, about the possibility of going under the knife in the future, Mirren gave a thoughtful and nuanced answer. While saying she didn't want any procedure that would end up making her look "ridiculous", she did seem to express thatmore subtle work would be right up her alley.

"I think about all those women you see with duck or fish lips and you don't ever want to look like that. But I wouldn't rule it out. People have the freedom to do what makes them happy," Mirren told the source. "It's sad when people destroy their faces with too much work but there are also many people who have had success with cosmetic surgery."

Mirren went on to candidly discuss her own face as well as surgical ways to reduce signs of aging. She said that she does not currently have a timetable for getting work done, but it will likely happen in the very near future. As for her upcoming 70 birthday next summer, the star admitted that she's already been telling people that's her current age for the past two years.

If you are interested in exploring anti-aging solutions, schedule an appointment today with Marotta Aesthetics & Laser!