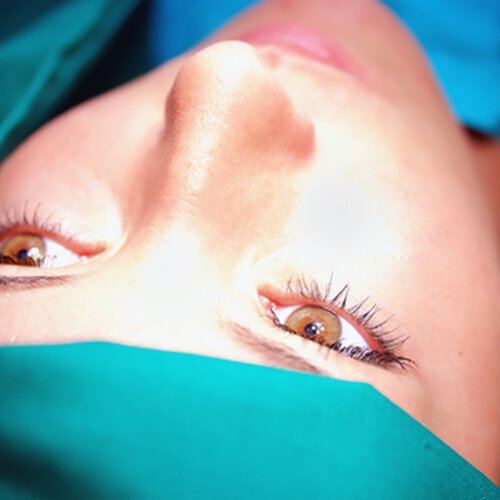 Plastic surgery trends fluctuate rapidly over the years, with different procedures gaining and falling in popularity based on the top celebrities in the spotlight at the time and what features are being discussed by the media. The American Society for Plastic Surgery recently published a study exploring the last 12 years of the cosmetic surgery industry, exploring the trends as they rose and fell and how the economy affected Americans' plastic surgery decisions.

The overarching number of cosmetic surgeries performed doubled between 2000 and 2012, particularly injectables, despite the fall in major surgeries. Last year marked a continuation of this trend, with a total of15.1 million cosmetic surgery procedures, including both minimally-invasive and surgical, performed during 2013, a 3 percent increase over 2012.

"The demand for plastic surgery remains strong, with our statistics showing increases in both cosmetic surgical and minimally-invasive procedures," said ASPS President Robert Murphy, in a press release. "Facial rejuvenation procedures were especially robust last year, with more Americans opting for facelifts, forehead lifts, eyelid surgery, fillers and peels. With new devices and products hitting the market each year, there are more options and choices available to consumers wanting to refresh their look or a little nip and tuck."

The American Society of Aesthetic Plastic Surgery backed up the research of the ASPS with it's own study, which indicated a12 percent overall increase in cosmetic procedures performed in the United States in 2013. They also supported the idea that the improving economy will lead to a continuation of this trend.

"A significant increase in the number of both cosmetic surgical and non-surgical procedures suggests that people are once again investing in their appearance and perhaps have more disposable income to do so.Given the state of the economy and the competitiveness of the job market, we expect to see the numbers for anti-aging procedures continue to increase," Michael Edwards, President-Elect of ASAPS, noted in a release.

As more people invest in plastic surgery, it is important to consider the procedures that will have the biggest impact on their appearance. While major surgeries provide major changes, minimally-invasive options can actually achieve all of the desired improvements to one's facial features with less effort and expense. Dermal fillers, Botox injections or laser skin treatments could help one to optimize their looks and maintain a young and vibrant appearance for much longer than getting a facelift or rhinoplasty.

At the same time, however, it is important to cover every potential benefit. This is why it's critical to discuss any cosmetic decisions with a board-certified facial plastic surgeon. Doing so will help you select the best procedure and time to get it, optimizing recovery and the beneficial results of any operation.

If you're considering plastic surgery, contact the Long Island cosmetic surgery offices of Dr. James Marotta to discuss your options.