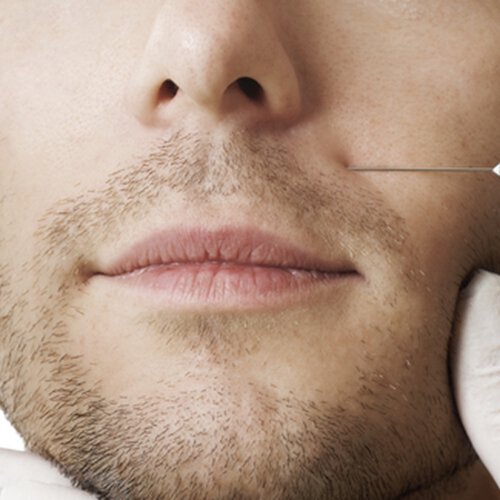 There's a common misconception that cosmetic procedures—whether surgical or non-invasive—are only for women, but just because you're a man doesn't mean you can't look and feel your very best with the aid of Botox injections or other anti-aging solutions. In fact, according to a recent article published in the Financial Times, Botox is becoming increasingly popular among men.

In an interview with the news outlet, one medical director said that the number of male patients who received Botox injections at his clinic increased more than 200 percent from 2011 to 2013. While not every medical facility has experienced growth quite this substantial, statistics from the American Society of Plastic Surgeons reveal that men's use of minimally invasive cosmetic procedures jumped 6 percent from 2012 to 2013.

The Financial Times reports that doctors have to be extra careful when administering Botox injections to men so that it doesn't look noticeable. They must take into account key differences in facial anatomy.

"Doctors often treat men the same way they treat women, which gives them a feminine appearance," one plastic surgeon told the source. "There are clear anatomical differences between men and women's faces, and this is often not taken into account. The main issue is that women's eyebrows are naturally arched but men's are horizontal. If a man has Botox under the eyebrows, it will feminize his looks."

If you're a man and you're thinking about getting Botox injections to regain your youthful appearance, you need a doctor you can trust to give you the results you're hoping for. Contact Dr. James Marotta today to schedule a consultation and discuss your options.